Skip to content
HomeDo you really know your spouse or worker?

WHO TURNED UP FOR YOUR JOB INTERVIEW OR DATE?

You are getting ready for that first physical link up? Maybe it is a job interview or a hot first date. Do you go as you really are or do you prepare an Oscar winning performance bearing in mind “first impression counts.” Of course common sense or sense not common, seems to tell us to be on our best. As a matter of fact, maybe we could Google and read articles on the 101 of how to win that job interview or how to woo him/her on that first date.  After all, if you fail to plan you are planning to fail and Proper Preparation Prevents Poor Performance.

If the job or date requires a particular orientation or etiquette, we could spend a tidy sum in time, effort and money preparing for the event accordingly. Remember, we know what they want so we can PLAY the part. Reads good so far. Yet, imagine an introvert who is an accountant by trade applying for a marketing or a sales promotion job that requires lots of outdoor, social and networking activities. Is that cheating and don’t get me wrong. I am not saying an accountant cannot be a marketer or a coach potato cannot be the life of the party.  Actually, based on my training in accounts and marketing, anyone can be an accountant or marketer or both.  One of my favourite Albert Einstein quotes in essence says “It’s not that I’m so smart, it’s just that I stay with problems longer.” Perspiration mostly. 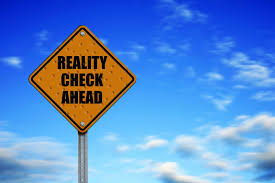 The thought being prompted is that if first impression counts so much, does it make us become cheats if we prepare a first impression that is really not lasting but hopefully will count in the decision making process. Meaning it was done to mislead in order to  get the job or spouse. It also begs the question, could we truly say we know our spouse and coworker or our employer if their first and second and umpteenth act is based on “first impression counts”. The “representative” you sent on your interview or date, is that person fully you or half or none of you.

A quick reflection on the story where this toddler (Tommy), sat on the bed watching his mom getting ready for work in the morning.  She is a typical hardworking 9 am – 5 pm worker.  As she puts on her fandangle (lip stick, face cream and make up, etc), combs her hair then puts on her clothes for work, Tommy watched her intently, unblinkingly. She had just transformed right in front of his eyes. She certainly looked much different now. As his mom kissed him good bye, see you later, Tommy looked quizzically at his mom, hugged her tightly, and in an almost uncertain manner whispered in her ear, “Mom, which one is really you?”

It should be easy to understand a child’s wondering who his/her parents are based on the many roles parents play. S/He is too young to realize that his parents have multiple roles to play of nurturer, protector, guidance counselor, wife/lover, worker and most importantly friend.  Sometimes these roles are so conflicting that it makes transforming from say, a house wife to a busy career woman in less than a hour, nothing short of magic.

Tommy’s  adrenaline rush and WOW feel is understandable for a child but have you ever had the urge or need to ask your spouse or coworker or friend “which one is really you?”.

Aneil in her debut single, Let Me Be, has a verse that resonates like a job application interview :

“Let me be your upliftment, The one that pushes you beyond limits,

The only one, your everything, Let me be your girl.”

Can she really uplift and push her love beyond its limits. Should she be the only one to try and why?  Suppose her love doesn’t really want to be pushed  beyond limits  or be uplifted. Suppose he had given her that impression but it  was only on a first impression counts strategy. Does she really know him? Would that amount to being a cheat.

Indeed, most people prepare for an interview or a date as they do for an exam or a play. They get the script, rehearse it and strive for an Oscar winning performance. They refresh or update their knowledge on interviews dos and don’ts, etiquette, and of course prepare a resume tailored for the organization doing the interview.

Sometimes we go as far as renting “appropriate garments” and even though we are “late bugs” we take great pains to arrive early because the script demands punctuality. This is all good, “First Impression counts” but there is this joke by a popular comedian “ If you see a man opening his car door for a woman, most likely the car is new or the woman is new”. What about after the newness is gone? If he no longer open doors for her is that cheating?

The merits of this joke are debatable but one thing is almost sure: most people’s action on a first date or interview is contrived. At business school, they forced us to remember that according to the Hawthorne Effect, individuals modify or improve an aspect of their behavior in response to their awareness of being observed or monitored. In other words, people are more focused when they are being watched or measured as in an interview or during the first couple of dates.

We are not looking at honesty in regards to basic facts such as name, age, occupation, gender and criminal record. If someone lies about these small matters, he or she is rehearsing to lie on bigger things. Script are no script, liars are many time bed persons with thieves and I won’t mention the occasional killer. Neither is this article focusing on honesty based on infidelity or adultery which is already a typical moral issue. The type of honesty and cheating being focused on here is misrepresentation based on pretending or acting.

Most artiste by trade know the Hawthorne Effect as their main principle is that when you are on a stage, act. The big thing about this well meant premise in the arts is that it is done on stage and the Play, Concert or Film doesn’t last a life time. At best, 2 hours. In a job interview or a relationship, it has lifelong implications and sending one of your “representative” to the interview/date doesn’t give the person a chance to get to know the real you.

TO THYSELF BE TRUE

Okay, so what if you spoke the truth and lost that job or that gorgeous spouse prospect? Well, their loss. They just missed out on a genuine honest person. Also, getting a job or spouse that you did an Oscar performance act to get but which is against your real core values and self can result in frustration. Not only are your boss and spouse given a sham, but personally you have done yourself an injustice that can lead to common life style symptoms such as ulcer, tumours, and migraine.

So more importantly, it is not a job or date that was lost due to honesty that is important but the job or spouse that you gained while being you. Not a representative but 100% you.

are being true to yourself, your happiness is evident and so will the employer or date that picks you. So for the interview or that hot date, don’t send a representative. Turn up as you. First impression counts but when getting a job or spouse be  yourself as this is where you “count impressions first”.